I was in New Orleans and played Jude Acers, a local master who has a table set up near the Decatur Cafe. He'll play all comers for $5/game. He's USCF rated at 2359 and FIDE rated at 2241 (USCF rating tend to be 100 points higher). He's finished 3rd at the World Senior Championship in both 2009 and 2010.

I played 2 long games and 4 blitz games. I drew one long game and one blitz game, and lost the rest. Since I started practicing again, I was wondering how I was playing compared to my previous 1951 USCF rating. While its only two games, the loss and draw results in a 2168 performance for the long games, so I was quite happy.

In the first game, he played the Richter-Veresov Attack, and opening I was quite unfamiliar with. I quickly got my rook trapped. I got some active counterplay and a good knight but files got opened and I lost.

With white, he played the Center Counter defense. I didn't keep count of the moves, but I'm quite sure I was able to reconstruct it. At a minimum, all the snapshots are correct actual positions.

In the below position I  also contemplated 12. Ne5, but I think I made the right choice 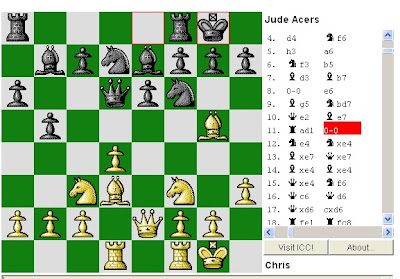 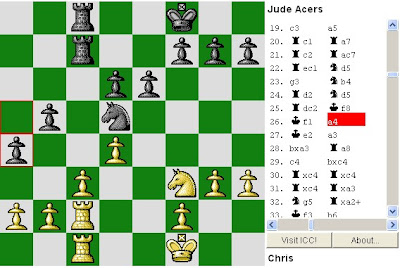 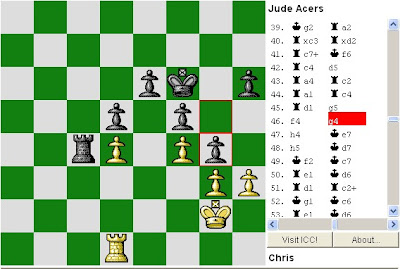 Instead, I'll trade the d4 pawn for the e6 and h6 pawns. Then the race begins. 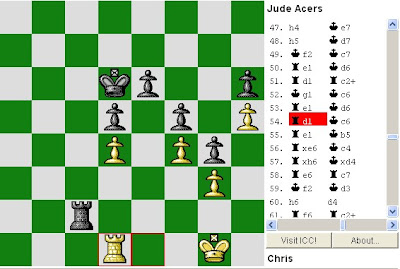 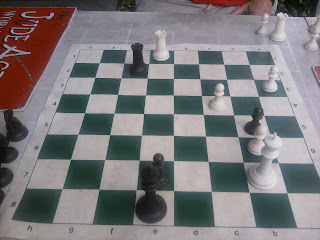 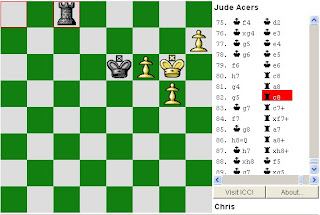 We played the blitz games, then reviewed the above game (why I can remember the moves). We also talked about the current chess world and chess history. He's an interesting character with bravado and strong opinions, but is genuinely nice. Some tidbits: 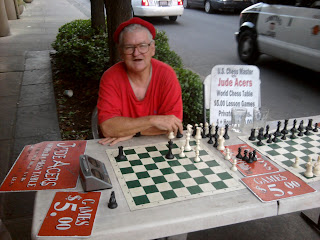 He then took me over to show Paul Morphy's house. 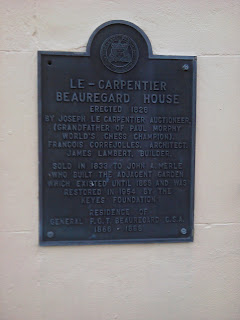 Back when I was last playing, I always liked the idea of Pocket Fritz, a strong chess game in your pocket. (Standalone chess programs, such as a Saitek Mephisto, have poor screens and playing strength.) I still don't have a smartphone so I bought a vintage 2005 HP Ipaq RX1950 off ebay and bought Pocket Fritz 4, all for the about the same price as one of the handhelds.

My other chess program is Chessmaster 9000 which is run on my laptop. I decided to have the two compete. Chessmaster is purported to be rated 2815 and Pocket Fritz claims a performance of 2938.

Game 1: Fritz, as white, outplays the Chessmaster for the victory.

After a Masters and a baby girl, it time to start playing again.

As anyone would have already noticed, I'll be on hiatus for a while. I started part-time business school in addition to my full time job so that will eat up most of my chess playing time. Additionally, I'm never really been a good summertime player. Something about playing chess when its sunny and warm outside.

Although short of my goal of 2000, I'm happily sitting at my all time high rating (over 1950). When I do start playing again, I'll have to remember to practice a little before jumping into rated games and destroying my rating by duffing a game against a 1500.

If I get some time, I might browse around the blogs or perhaps even post something. Till then, Cheers!

Chris has playing on and off since the age of six, rated around 1950 and continues to aim for the 2000 mark.